People of the World, Look at Berlin!

When we arrived in Berlin I knew very little about its past. I finished my high school studies in the Dominican Republic, so I spent a lot of time learning more about Dominican history. I did learn a lot about World War II in Junior High School. Unfortunately, many of those teachings become increasingly difficult to remember over time.

Little did I know, 3 days after arrival, I would be leaving with a totally new appreciation for Berlin’s strong economic state, beauty, and history.

From listening to actual audio from those who survived jumping out of their apartment windows in order to cross into West Berlin, to being able to walk in the same footsteps as the thousands of families who made their way toward the Brandenburg Gate when the Berlin wall fell, I was simply in complete awe everywhere we went. The near overwhelming feeling of sadness is something you will never get from any textbook.

However, while there I got the feeling that the people of Berlin have moved on from its troubled past. From a population that seemed very diverse to its friendly people, everywhere you go there are clear signs of progression.

For example, when going through security at the Reichstag building a middle-aged police officer said to me, “You are American? Welcome! You are welcome!” I almost felt like a celebrity. He seemed so surprised yet happy to see us visiting his city. Also, many people seemed happy to speak to us in English even though Danielle knows enough German to get by.

We each bought a day pass for the metro and took the train to as many places we could visit in just two days. Reichstag, Victory Column, Checkpoint Charlie, Brandenburg Gate, Berlin Wall (Memorial on Bernauer Strasse and East Side Gallery), Museum Island, Alexanderplatz, Berlin Cathedral, Charlottenburg Palace, and Großer Tiergarten were among some of the places we visited. If you want to see as much as Berlin as possible in little time I would suggest buying a day pass. The pass is only 6,70 EUR and allows full access to Berlin’s metro until 3:00 AM the following day. Simply buy your ticket at the train station and don’t forget to validate it (get it timestamped) at the machines located right next to each ticket vending machines.

Overall, it was awesome. I touched the wall where many gathered on the glorious day when the Berlin wall no longer divided its people. I stood at the top of the Reichstag building where its mayor, Ernst Reuter, once said in front of a new and free Berlin, “People of the world, look at Berlin!” I even walked the foundation of Border House Bernauer Strasse 10a and tried some German sausage and beer (a must!). The visit was an emotional one, yet it was one of the best travel experiences I’ve had so far.

Thanks, Berlin. See you next time. 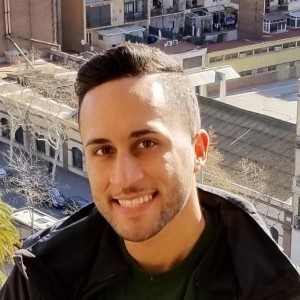 Before moving to Europe I could easily fill this space with a generic list of things I enjoyed. Now I can go on for days about so many new and unique things I love and am passionate about. Seeing the world from new perspectives through our travels has changed my LIFE and I'm loving every minute of this journey! Looking forward to making you part of this amazing adventure!

2 thoughts on “People of the World, Look at Berlin!”