The Moment I Decided to Travel

What made you interested in travel? I’m asking with the assumption that you’re reading this post because travel is of interest to you. I know exactly when I was bitten by the Travel Bug. It left its mark like a mosquito bite, with the insatiable itch to travel.

Recently, I was looking through some old photos from the first time I left home. I was lucky enough to take part in a program to study in Salamanca, Spain and I pretty much covered all the clichés of an American college student abroad. I arrived wearing running shoes, toted a generic, ill-equipped backpack around, got pick-pocketed, wore a lot of leggings and bright colored clothing (and with the running shoes . . . yuck!), spent too much money on tourist traps, always looked for someone to speak English after butchering the local language . . . but you know what? I learned more about the world and myself from these experiences than I ever would have sitting in a classroom. It made me reminisce about that experience and how I got there.

When I was in high school I studied foreign languages, one of them being Japanese. But wait! You say — they don’t speak Japanese in Spain. I’ll explain. My Japanese class is what got me to start thinking about what it would be like to live in another country. I decided then that I wanted to travel. We had an Open House at school where the parents had the opportunity to come in and meet the teachers. I remember very clearly spending extra time speaking with my Japanese teacher that night. My mom was talking to him about how I expressed wanting to study abroad. He told my mom that it would be a wonderful experience for me, but . . . he paused . . . then continued saying, “It will change her. She won’t come back the same.” I was about 14 years old at the time. That sentence scared me!

I didn’t want to change! I liked myself just the way I was!

After that, I started to question if I really wanted to live outside the country. I was worried that if I left I would and miss out on (what I considered at the time) major events like school dances and high school football games. I might lose my friends! I wouldn’t know the same music that my friends would have been listening to while I was gone and I wouldn’t be up-to-date on the ‘Top Ten Music Videos’ on TRL . . . how could I come back and relate to them after I left? It worried me.

I’m sure this was not my teacher’s intention but it stifled my desire to go abroad. I completed high school in my small hometown and then, like many graduates, focused on college.

I continued to study foreign languages and with different advice from that same teacher I started to focus on one language. I chose Spanish since it was my first love. I was accepted into a Spanish program in college and my goal was fluency. I still picked up some other languages along the way but never dedicated as much time and energy to them.

In college, something happened that I had never experienced before; I failed a Spanish course. And then another. I was embarrassed. This is what I told everyone I was going to do with my life and I couldn’t even get through a course in college. I had reached a level of schooling where I wasn’t just learning gato = cat. I was learning grammar, history, literature, and art all completely in Spanish. There was no English spoken in class and no more material given in English. Suddenly, I couldn’t keep up with my classmates many of whom were native speakers. I started to realize that something had to change or else I wasn’t going to complete college.

Now into my third year of school, I was once again considering going abroad. I knew that the level of fluency that I wanted to reach wasn’t going to happen in a classroom. I realized that I needed to immerse myself in the language. It was time to go to Spain.

It was the best decision of my life. I was able to live with a Spanish family and travel all over the country. I was even able to take a trip to Italy. That was it! The travel bug had sunken it’s teeth into me and injected an infectious itch that could only be alleviated by exploring places I haven’t been before.

My high school Japanese teacher was right, though. My experience living in a place so foreign from where I grew up changed me in the most profound way and I didn’t return home as the same person. My only regret is that I didn’t do it sooner.

I really want to know what experiences other people have had. What made you want to travel? When did it start? How did you come to the decision to leave the comforts of home and experience something foreign to you? Please leave your comments below. I’m interested to know your story. 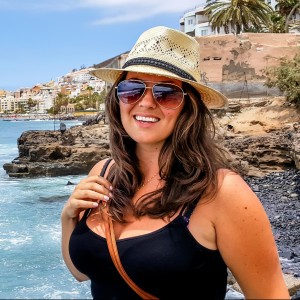 What began as a love of foreign language quickly turned into a travel obsession and now I'm living abroad. I'm innately curious about the world and learning from the people I meet along the way. That's what drives me to share my experiences.